I shared my survey link on my social networking sites in order to advertise it and get more responses, and below is a slideshow of this.  Underneath this you will find images of the results from the survey. 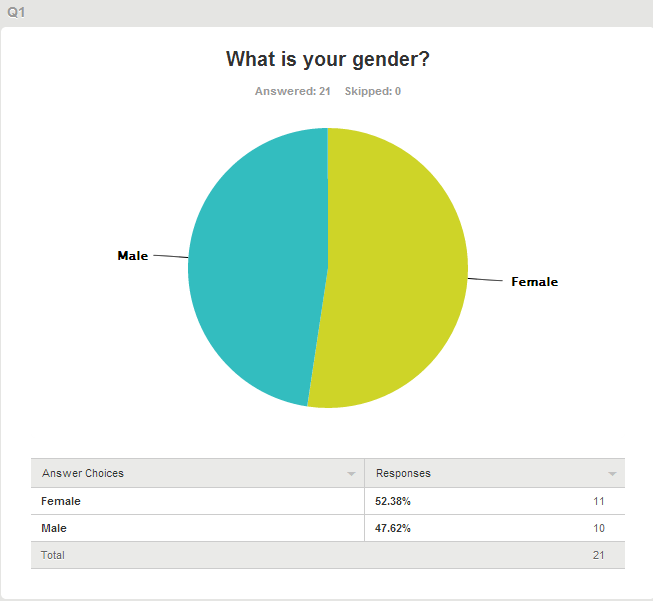 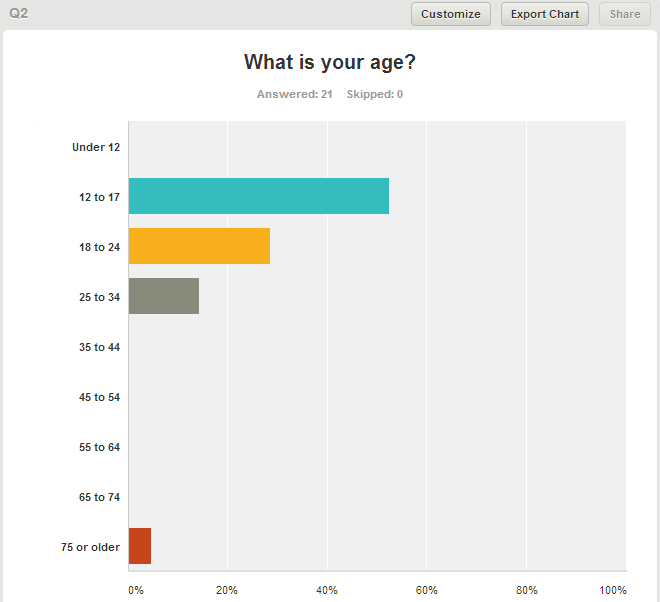 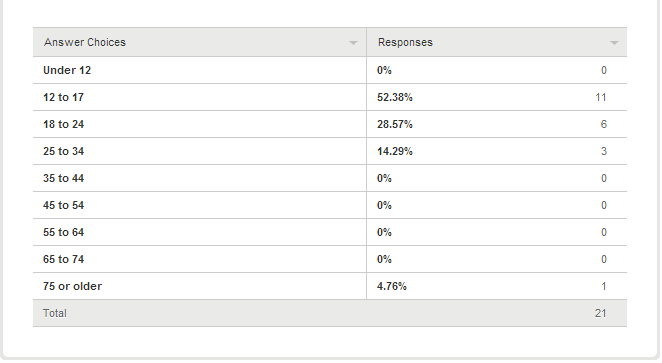 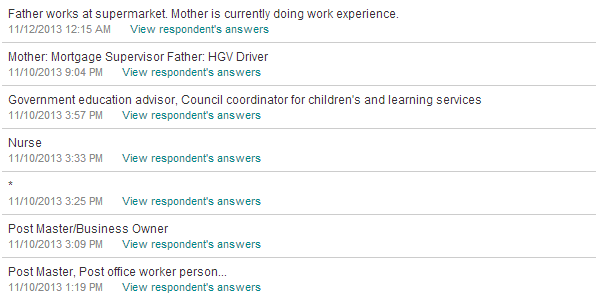 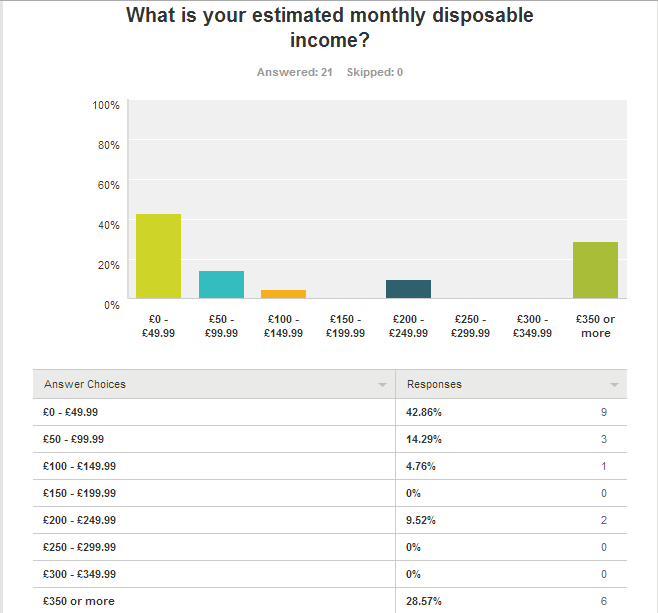 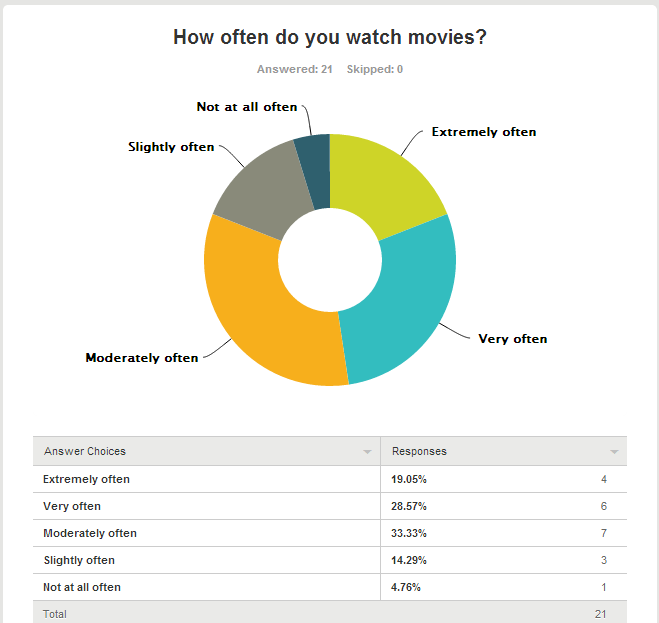 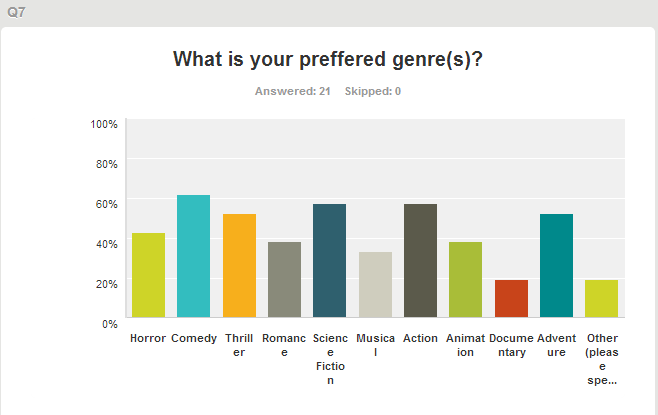 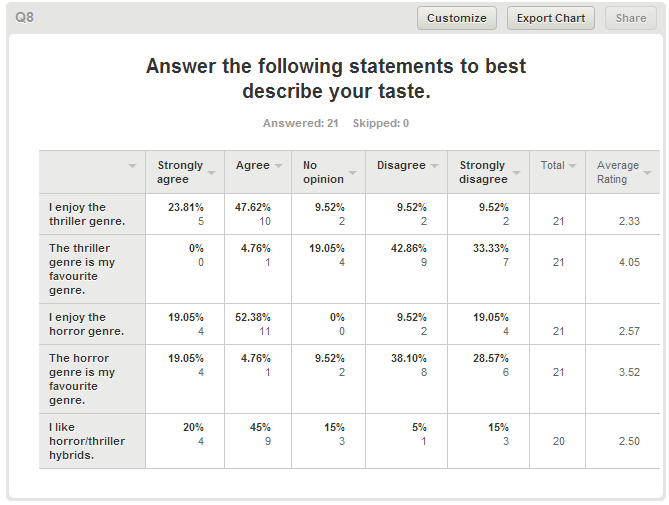 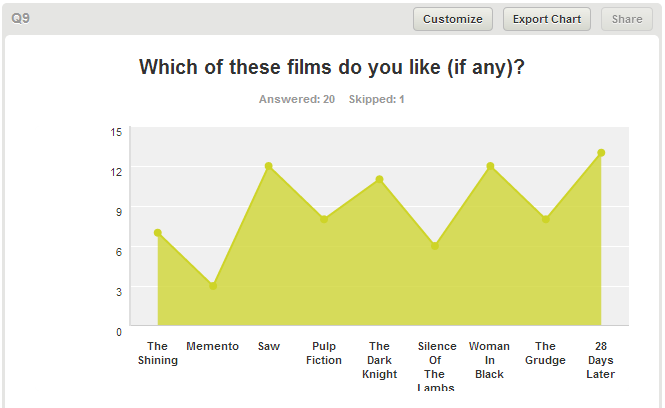 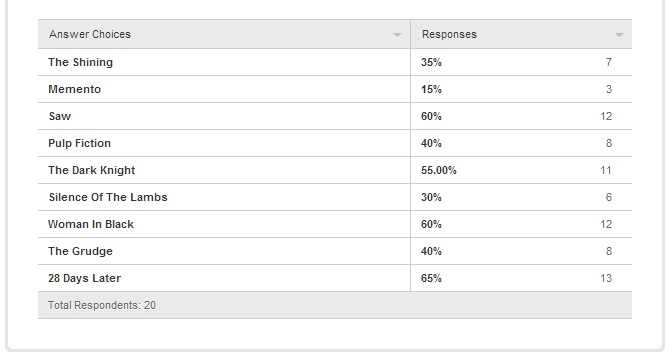 »A majority of the people who answered our survey were in full time education and of these, half of them had additional jobs, meaning they had a large disposable income because they have little to no bills in most cases. This puts them in the C1/D demographic.


»This is proven by the films that people said they enjoyed. 28 Days later, The Woman in Black and Saw were the most popular.
Two of these are thriller/horror hybrids, and Saw has elements of thriller in its use of the enigma theory. Therefore this tells us that the most suitable type of thriller is a hybrid of thriller horror because of the popularity with our audience.


»As a demographic is hard to assign a financial background to people in full-time education. However, what is known is that they are likely to have certain levels of education as they are post 18 in education, meaning they are likely at university. This means they are likely more intelligent able to decode a complex film easier. This said, we will be sure to include both the enigma code  (the non chronological order of our video) and action codes (the victim being tortured).
Powered by